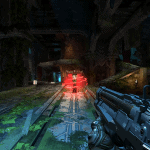 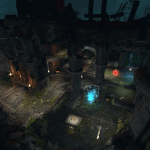 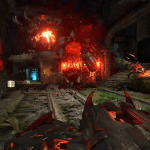 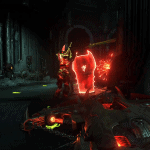 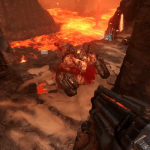 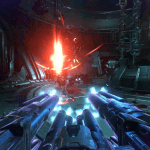 Overview:
This is Horde Mode. The gameplay consists of a series of rounds that take place in various locations, each one more difficult than the other. The player starts the first round with only the shotgun and its two weapon mods unlocked.

At one point the player will become a fully loaded Slayer, and by then the Final Round will take place, which will test the player’s skills like no other arena in the game has done before.

The mod will convert the single-player campaign (new save slots only) into Horde Mode. Every time you create a new slot you will appear in the arena ready to fight.

Main features:
Round based Horde Mode gameplay, where you will get weapon points, mods, praetor suit points, mastery coins, runes, blood punch upgrades, sentinel crystals, extra lives, and more after each round.
The rounds will take place in many different locations, some of these have been heavily modified and you will fight in places you have never fought before in DOOM Eternal.
Carefully designed and balanced (but challenging) encounters for each round, Slayer Gate style.
The music will be cycling through all the available songs in the game. The music has been chosen to fit the state of the game the player is in, so it is recommended to play with the game’s music ON.
The mode has an ending with an ending cutscene, so it is fully beatable.

How to play:
In order to start Horde Mode a new save-slot must be created. The game will load the Horde Mode map instead of the first level of the campaign.

There is only 1 checkpoint in this gamemode, and it is on the Final Round. If you die in Horde Mode before reaching the final round, you will restart on Round 1, but you will keep your inventory. You will not get the rewards again up until the point where you died.

If you reach the Final Round checkpoint, every time you load your Horde Mode save slot you will be able to play from that point onwards, already fully loaded. There is no checkpoint at the end so you can fully beat the mod and still reuse the same save-slot.

Very important information:
The mod replaces the Exultia level, so you will not be able to play that level via the Mission Select menu in a different save slot, it will start Horde Mode instead.
Please play with music and voice volume on for the full experience.
This mod utilizes objective markers to show important POIs, so please enable those in the game’s options menu or you might get lost in a few rooms.
If you want to uninstall this mod to play the main campaign, please delete your Horde Mode save slot first, or back it up so you can restore it later if you want (instructions here) – if you do not delete it and attempt to load it without the mod installed, the save slot might get corrupted and it will cause problems.
Please do not attempt to load into a previously existing save slot in the campaign’s Exultia level after installing this mod, since it might get corrupted and cause problems as well.

Known issues:
There’s a collision issue in the main arena, but that’s up to id Software to fix.
The model for the Sentinel Crystal upgrades appears with the upper part already broken. It’s just a visual thing, and it looks cool anyway.