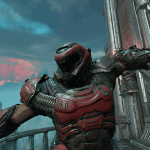 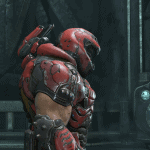 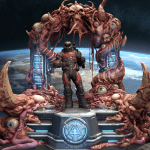 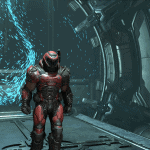 Certain skins’ visors have had their albedo values changed to 0.2, resulting in a visor with 80% opacity. Skins with visors that have bright and/or distinct colours, like Demoncide, Demonic Slayer, or Doomicorn, were skipped as the method I’m using does not preserve the visor colour. As a result, only select visors were made more opaque, specifically the ones that are grey, or dark blue in colour. The Zombie Slayer was also skipped as the visor is already cracked.

The ideal method of making the visor opaque would be to change its alpha map to a something that is a solid white (I believe white = opaque and black = transparent), but all the white .tgas that I’ve tried still have some level of transparency. If there is another method, I have not figured out how to replicate it.