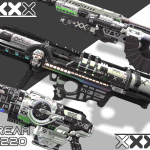 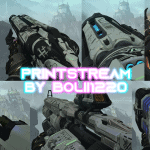 Every gun has now a PRINTSTREAM version which was made by Booleever1220 (Took me estimated 20 hrs to make).

WEAPON PACK MADE BY BOOLEEVER1220 FROM HUNGARY

Infos to installation:
– Download the weapons you like
– Open up Mods folder and put the ZIP file in the mods folder (DO NOT UNZIP THE ZIP FILES) (If you don’t know how to mod i recommend going into DOOM2016+ Modding discord server)
– After you done it it’s time to launch ModInjector and you’re done

Description:
Estimated it was 20+hrs to make this mod. I was inspired by the CS:GO skin.
Includes pearlescent, and the iconic printstream decals.
Weapons: COMBATSHOTGUN, SUPERSHOTGUN, ROCKETLAUNCHER, BALLISTA, HEAVYCANNON, PLASMARIFLE, CHAINGUN