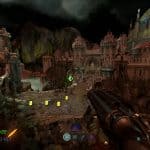 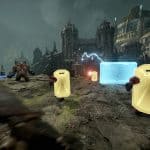 This is a heavily tweaked version of the official ML using DLC assets. Difficulty-wise, I’d say it’s vanilla+ but more linear than the official ML. I tried to reduce fodder in certain areas, and shortened/made skippable some fights so the whole experience is a bit less exhausting. This level was made with the sentinel hammer in mind, to get it type this in the console : give weapon/player/hammer. You’ll have to enter this command in classic mode even if the hammer is already present on your save.

Optionnal encounters might be trolly, you’ve been warned.
To be launched using the Doom Eternal Mod injector.

Thanks to everyone in the Doom 2016+ modding Discord for their help, especially Elizabethany, Zandyball and Cuzzmotion. Thanks to Proteh for allowing the use of his metal choir mod replacement to meathook heavy parts. Special thanks Athollhu, Slig, Alby, LightningBreak for their valuable input on playtesting, as well as Grizius for recording his run of the level and for the screenshots.